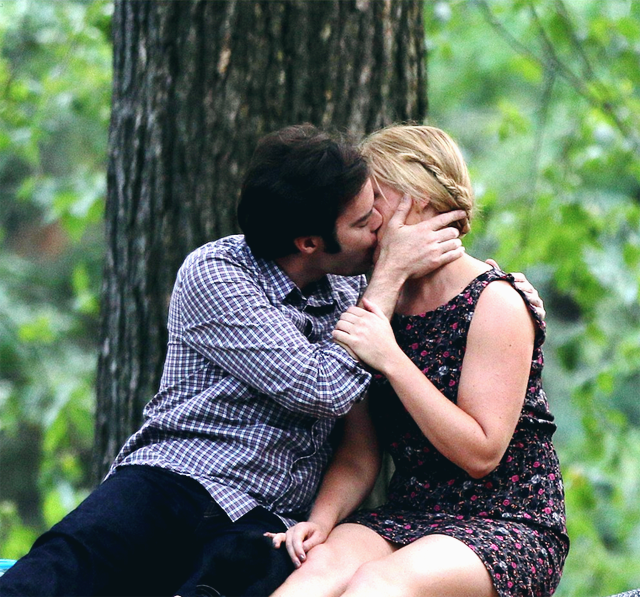 If you read the blog A Cup of Jo, you probably saw today's post titled, "Who Is Your Celebrity Crush?" Considering I have a weak spot for silly, trivial questions and quizzes, I had to satisfy my curiosity to see who everyone picked! The pick of the day was Andy Samberg, and I was all "Hey! I think he is sexy, too! My husband kinda looks like him!" (Proof of that right here when he dressed up as Hot Rod for Halloween in 2012. Perfect timing for that plug!)
As fate would have it, it just so happens that my celebrity crush is a buddy of Andy's and it all began after seeing him on SNL and Hot Rod (it's on Netflix, and you should definitely watch it).
It is the one, the only...
(Drum roll, please...)
Mr. Bill Hader! 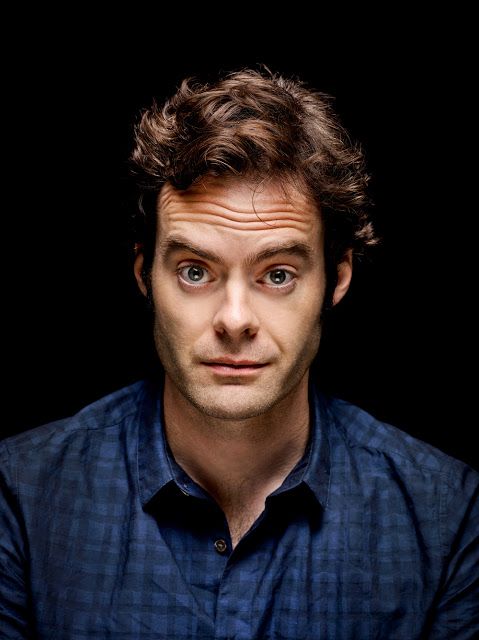 I used to be ashamed to admit that since he is "not conventionally good-looking." I randomly posted about it a few years ago on my personal Facebook and everyone gave me the internet WTF side-eye. But there is something about him that makes me all twitterpated. What it is, I am not entirely sure. Obviously he is hilarious and a talented actor, but I genuinely find him physically attractive. Maybe it's the broad shoulders? Perhaps he reminds me of someone on a subconscious level? I don't know. I just like the guy, alright? Apparently I am not alone since a few people listed him in the comments on Cup of Jo after they saw Trainwreck. I got a little defensive and huffy and thought, No! Bill Hader is MINE! I am the loyal Bill Hader admirer! Bye Felicia!

You probably thought I would have picked Justin Timberlake or Chace Crawford if I had a "freebie", which sounds like an obvious run-of-the-mill answer since all I ever seem to do is ramble on about JT and Gossip Girl. NOPE. I would be super nervous if I ever met them. But Bill? Bill is comfortable and real. Bill is just a normal dude, and I like normal.
So, now I must ask YOU the question of the week! Who is your celebrity crush?
P.S. I would like to note that Paul Rudd is my runner-up. Apparently he is incredibly nice. My brother used to own a driving service in Park City and one of his buddies drove Paul Rudd around for the night during Sundance. He ended up giving the driver his exceptionally nice parka, which was then given to my brother for reasons I still don't understand, other than the fangirl moment it provided me. Oh, and that he was probably beyond wasted and scratching his head the next morning, asking himself, "Where the hells bells is my fur-hooded parka?" 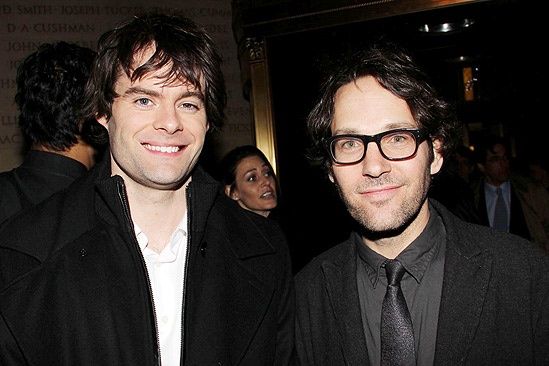 P.P.S. If only Bill Hader had been in the place of Bobby Moynihan, my celebrity crush dreams would have been realized in the SNL "Single Ladies" sketch. If you like it then you should have put a ring on it, Bill, Paul, and Justin!