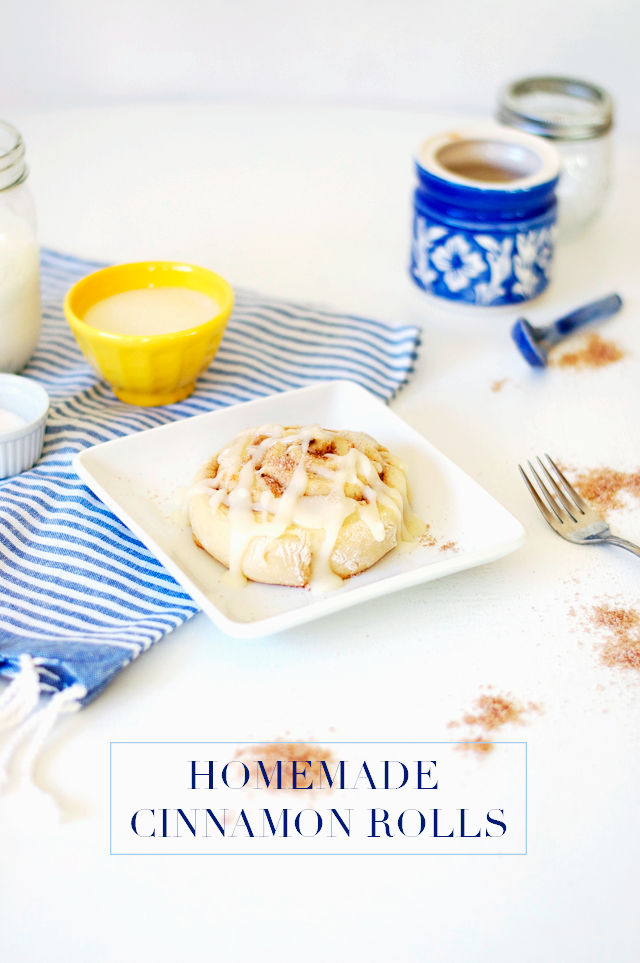 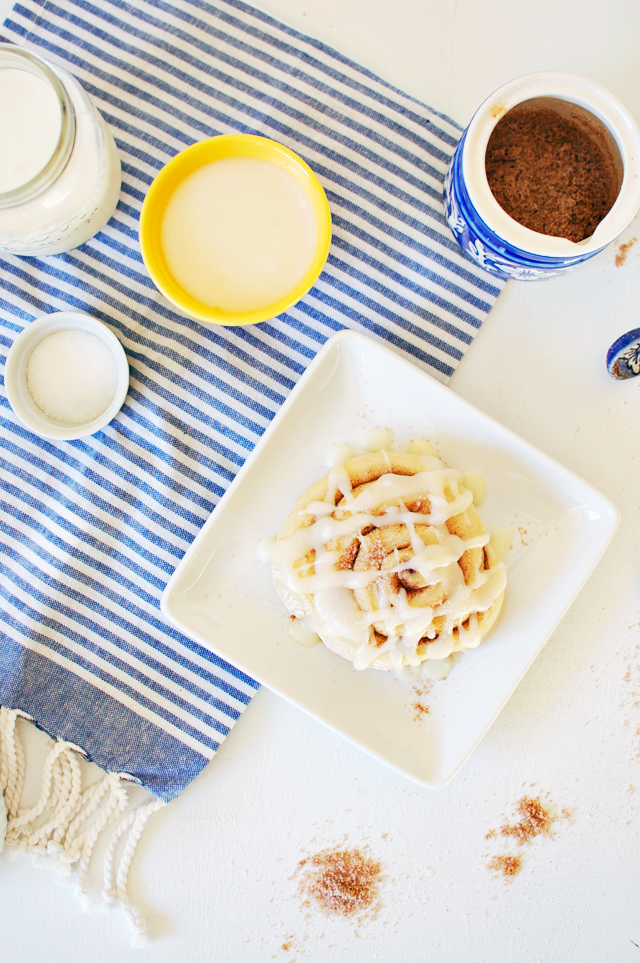 If you've been searching the depths of the internet to find the best homemade cinnamon roll recipe, look no further! These bad boys will make all of your cinnamon roll dreams come true. Even better than Cinnabon, I swear.

This is my mom's famous recipe. I remember whenever she'd say, "I'm making cinnamon rolls!" It was like a mini holiday. It was an all day event. I would get to help her knead the dough and afterward I would eat the scraps from the bowl. The slightly tart taste of the dough still takes me back to the kitchen I grew up in. I can see the large, plastic white mixing bowl and the old wooden spoon painted clearly in my mind. (Who knew cinnamon rolls could induce so much nostalgia?) And now I have the pleasure of passing down these same memories to Luke and Wes. (Cue "The Circle of Life" from The Lion King, stat!)
Here is the recipe so you can make your own batch and memories... 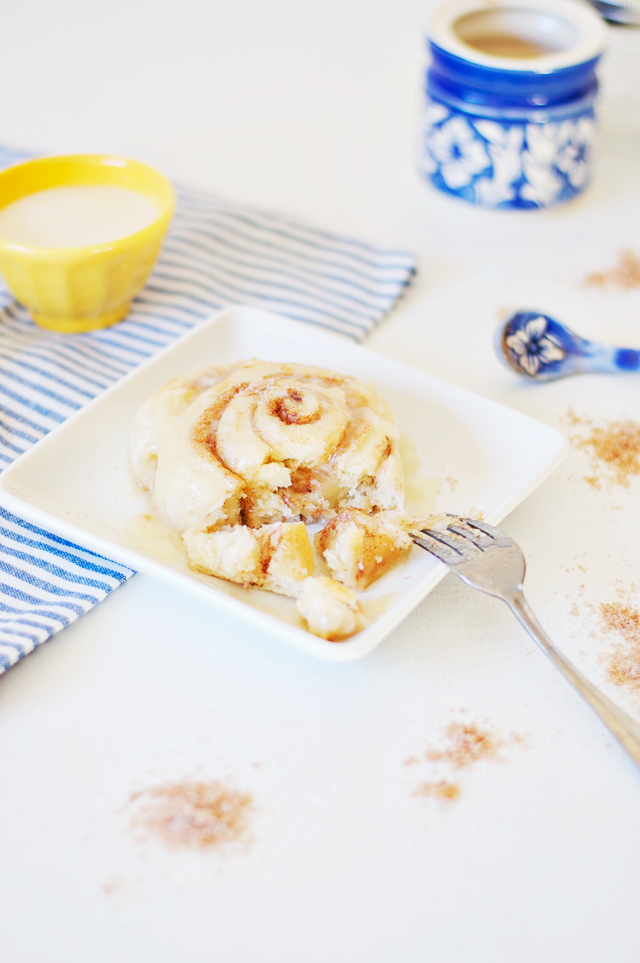 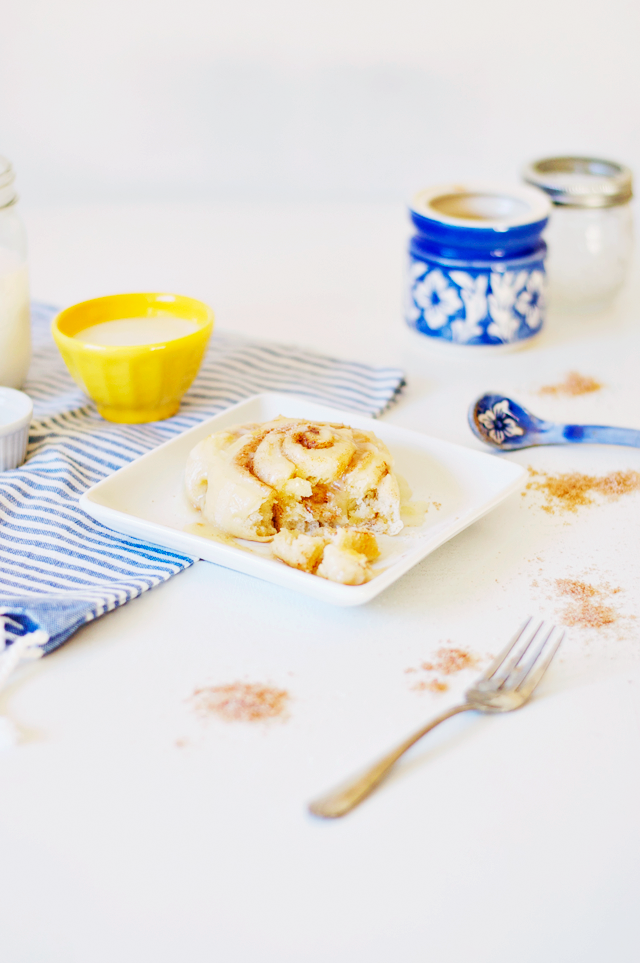 Directions:
1. Preheat oven to 350°F . In a small saucepan, scald your milk. Put the shortening into the bowl of a standmixer (or a large mixing bowl if you are using a hand mixer) while the milk is scalding. Once the milk is done, pour it over the shortening until it melts and becomes lukewarm.
2. Soften the yeast in the half cup of water. Add a half tablespoon of sugar to activate the yeast. While the yeast is activating, add the eggs, sugar, salt, mashed potatoes (I know, it sounds crazy but it makes them mushy and extra moist!), and 4 cups of flour into the mixing bowl. Once yeast is foaming, add it in. Mix on low speed with the dough hook for about 2 minutes until it is well blended. Add in remaining 3 cups of flour and mix for another 2 minutes on medium speed until the dough is well formed and peels from the sides of the bowl. 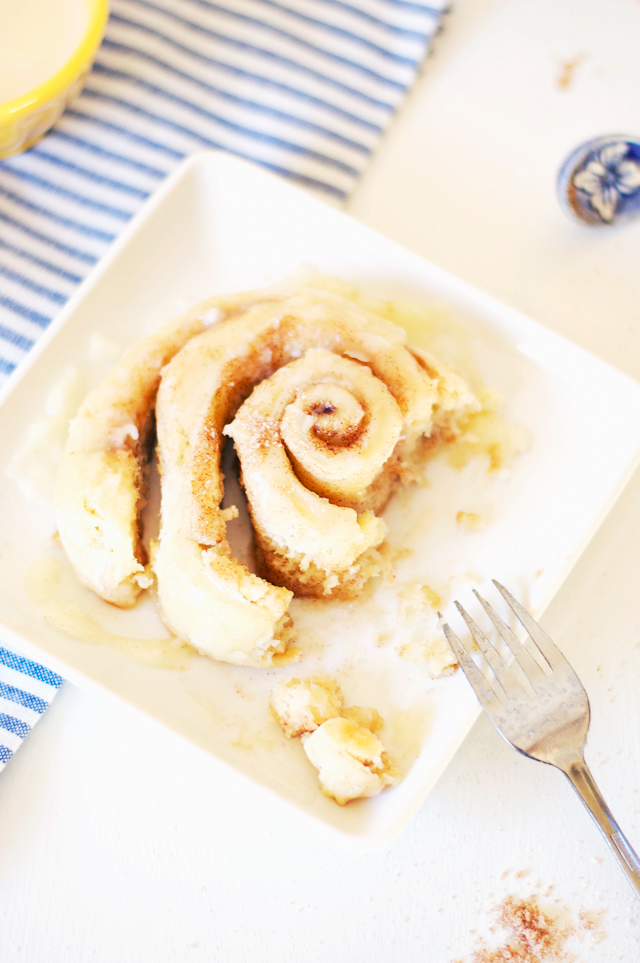 3. Cover the dough and allow it to rise until doubles in size. This usually takes about an hour depending on how warm or cool your house is. Also, be sure to use a damp cloth to cover the dough so it doesn't lose any moisture.
4. Once the dough double in size, punch it down with your hands. Make sure your hands are well floured once you start handling the dough! Divide the dough in half onto a well floured surface. (Keep an extra half cup of flour on the side to mix in if it is a bit too sticky.) Roll the dough into a rectangle, which should be 1/2 inch thick. Liberally spread your melted butter and sprinkle the cinnamon and sugar mixture. Tightly roll up and then cut it into 1 inch slices with a pizza cutter. Place on a greased baking sheet, cover and allow them to rise again until doubled in size. Once they are ready, bake on 350°F for 20 minutes or until edges are barely golden. Repeat this step with the second half of dough. 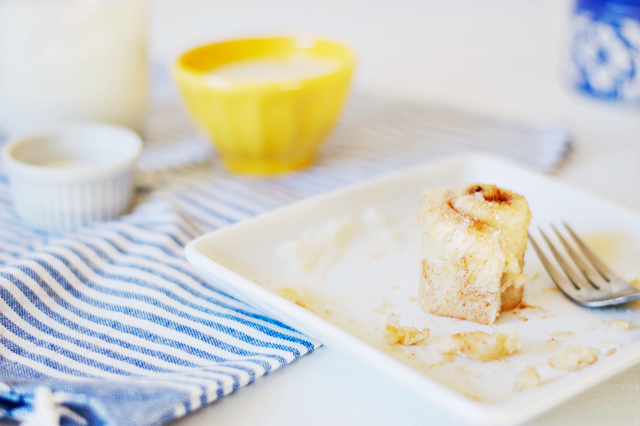 5. While the cinnamon rolls are baking, mix your butter and powdered sugar over medium heat until it thickens into icing. Drizzle the icing over the cinnamon rolls once they are fresh out of the oven. Sit yourself down with a huge glass of milk and an ooey, gooey cinnamon roll from heaven. 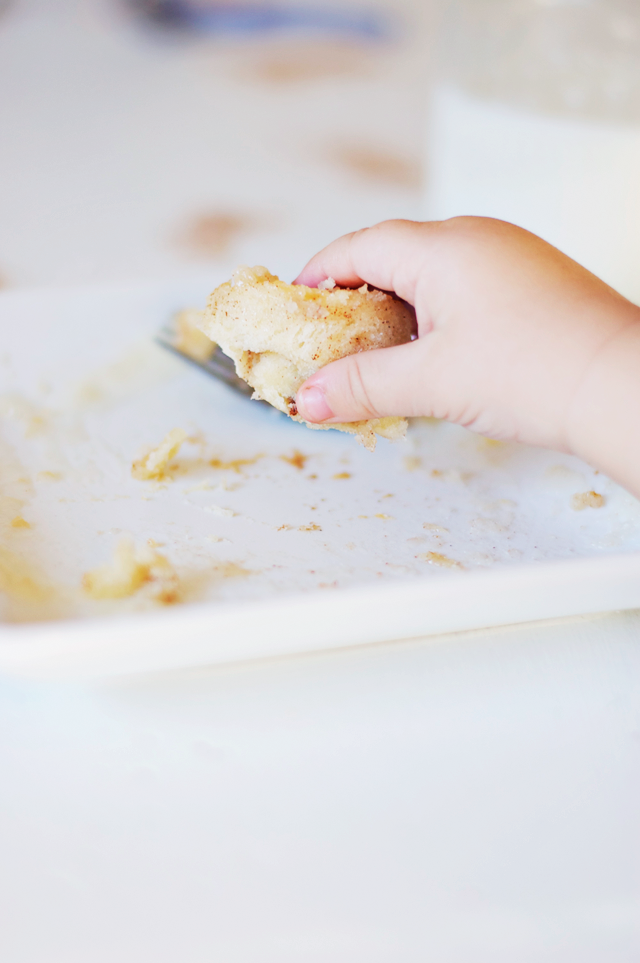 Seriously, these cinnamon rolls are SO good. Even the little baby hands over here couldn't resist! All the plates in the house will be licked clean, I can guarantee it. Enjoy! 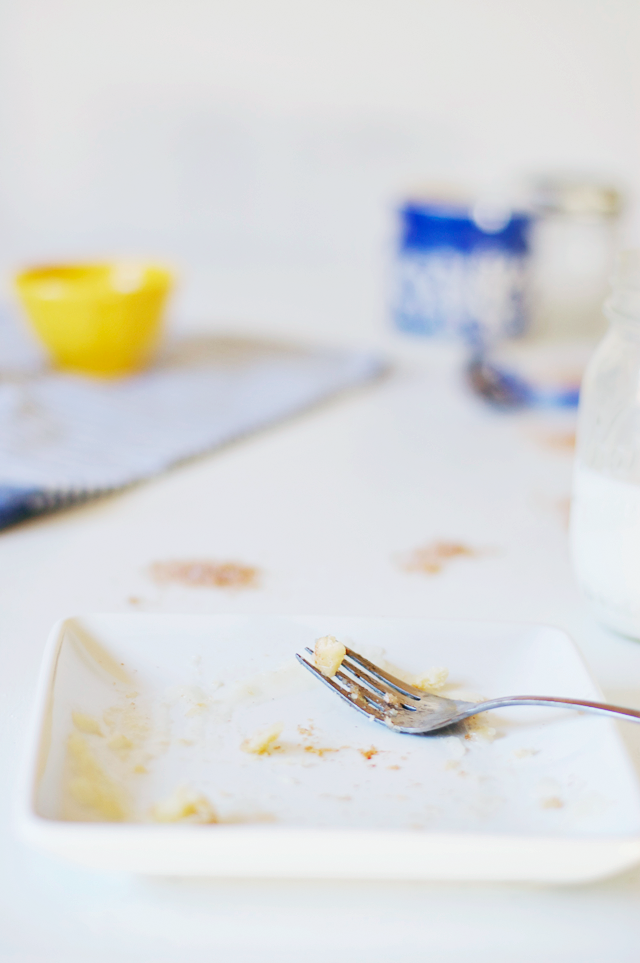