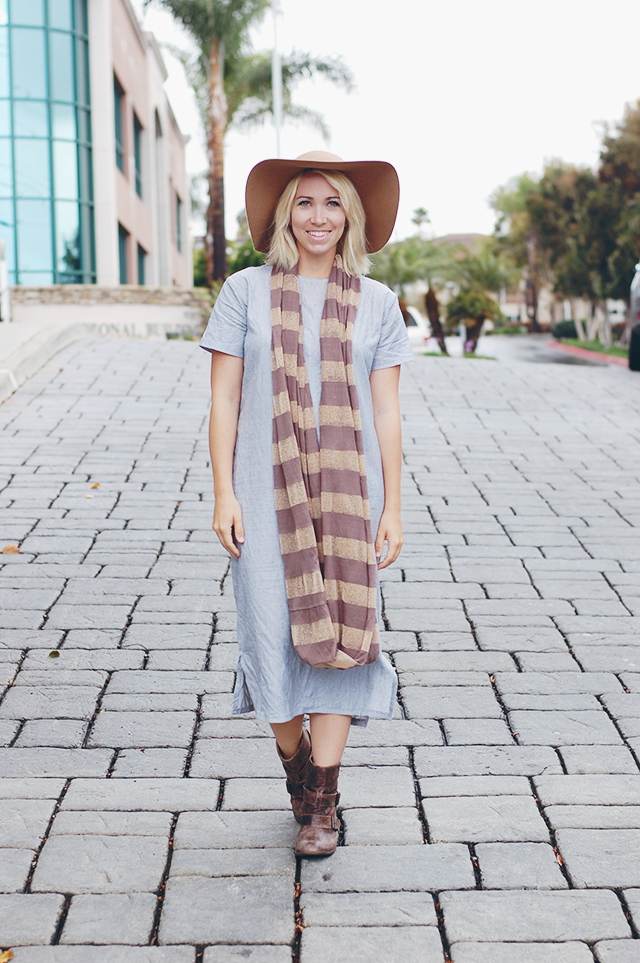 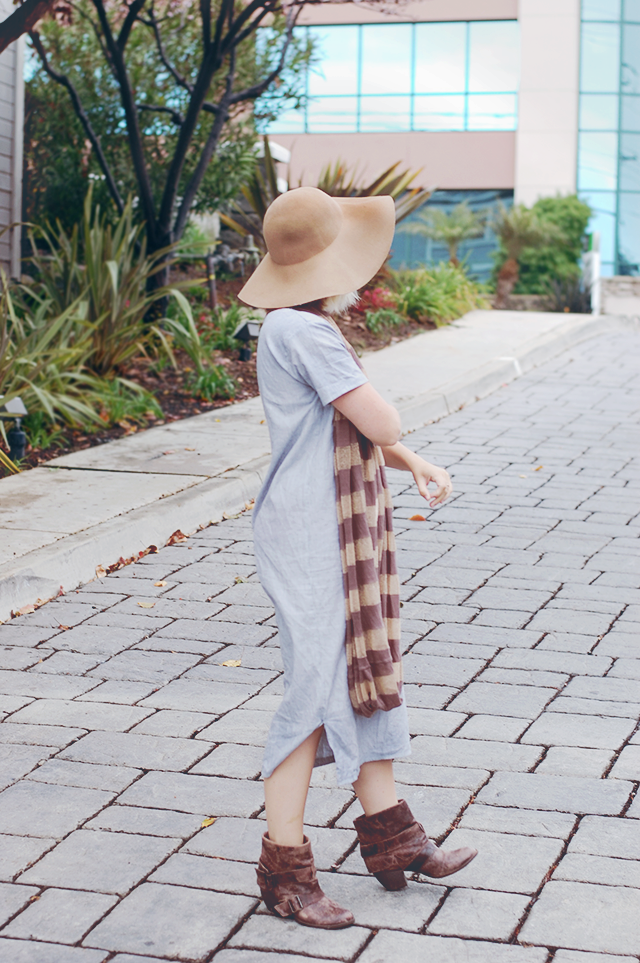 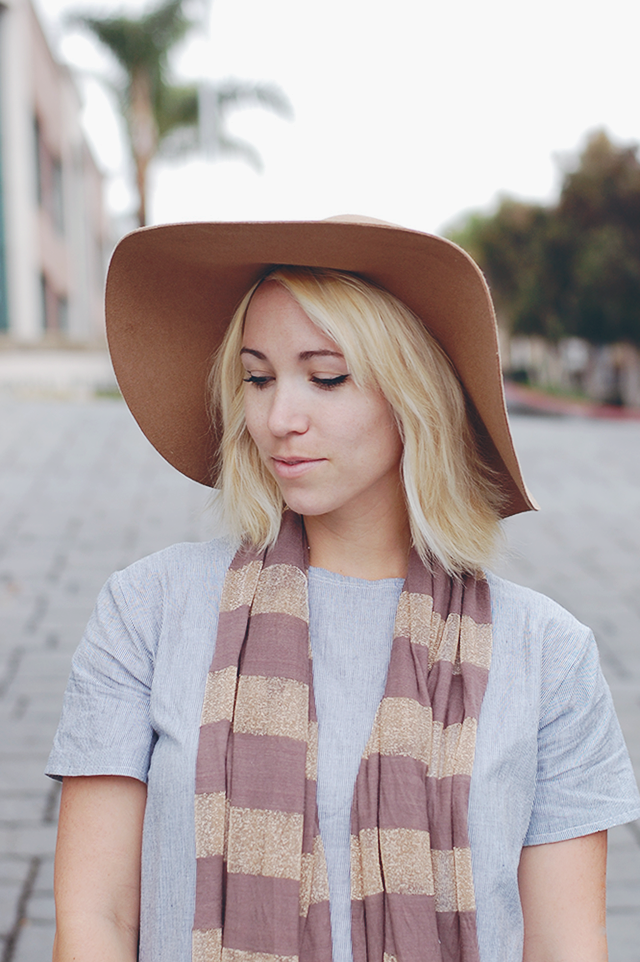 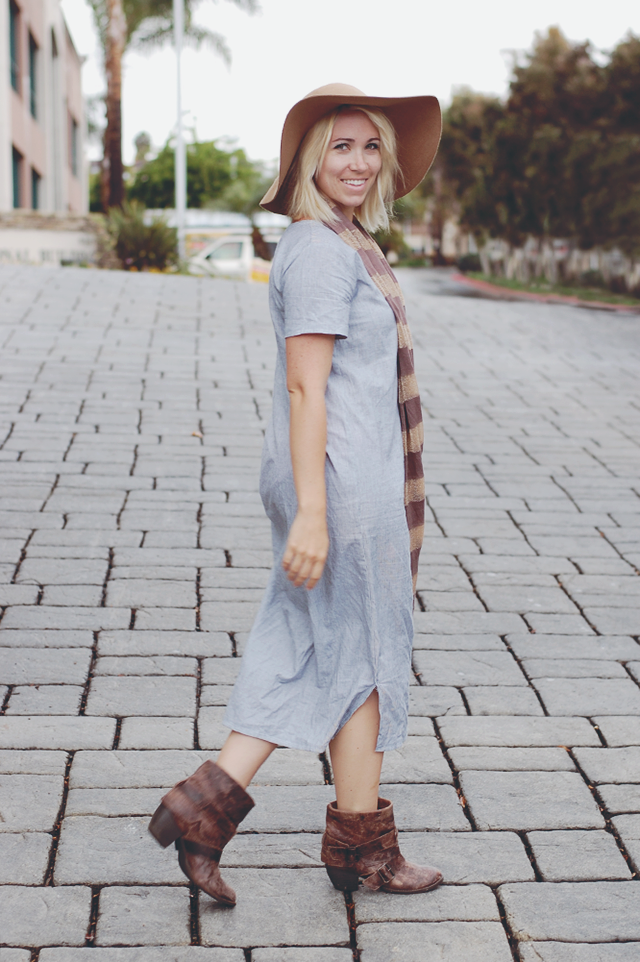 Dress: Made by yours truly
Hat: similar
Scarf: similar
Boots: similar
1. Chris Martin and Gwyneth Paltrow split?! I am usually first to know about celebrity gossip happenings, but it appears that I dropped the ball on this one. Looks like the Goop was accused of being a "Yoko Ono." Good news is they are still friends. (Terribly important stuff, I know.)
2. Fact: You know these vultures in The Jungle Book? The Beatles were originally supposed to be the voices for them, but John Lennon allegedly bashed that idea square on the head. Even though they dissed Mickey Mouse, Disney still went ahead with the idea as an homage to the band ( source).
3. The videos this dad created of his son are amazing.
4.  So, my dress. I couldn't find a shapeless, mumu-esque dress anywhere (and I certainly refuse to pay $150+ for something that more or less resembles a potato sack) so I made one myself, of course. Now I can't bring myself to wear anything else! As for the process, it was rather simple — I used a shapeless blouse I own as a pattern guide, extended the length, and bam! I now have myself one of those trendy, minimalist, midi dresses for spring and summer. Excuse the wrinkles, but ain't nobody got time for ironing! Isn't the disheveled, grunge thing in anyway?
5. Would you rather be the drummer or guitarist in a band?