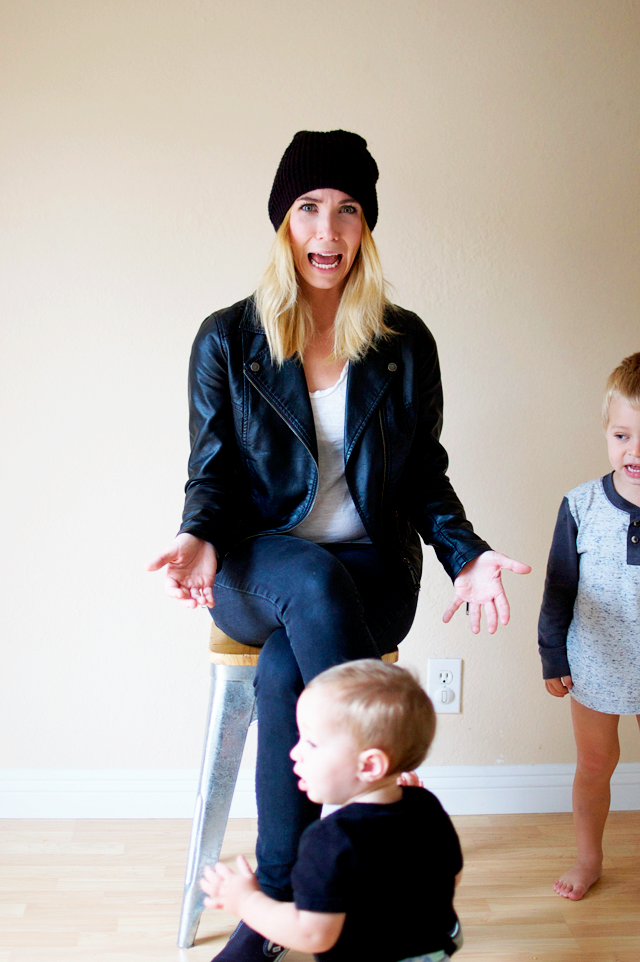 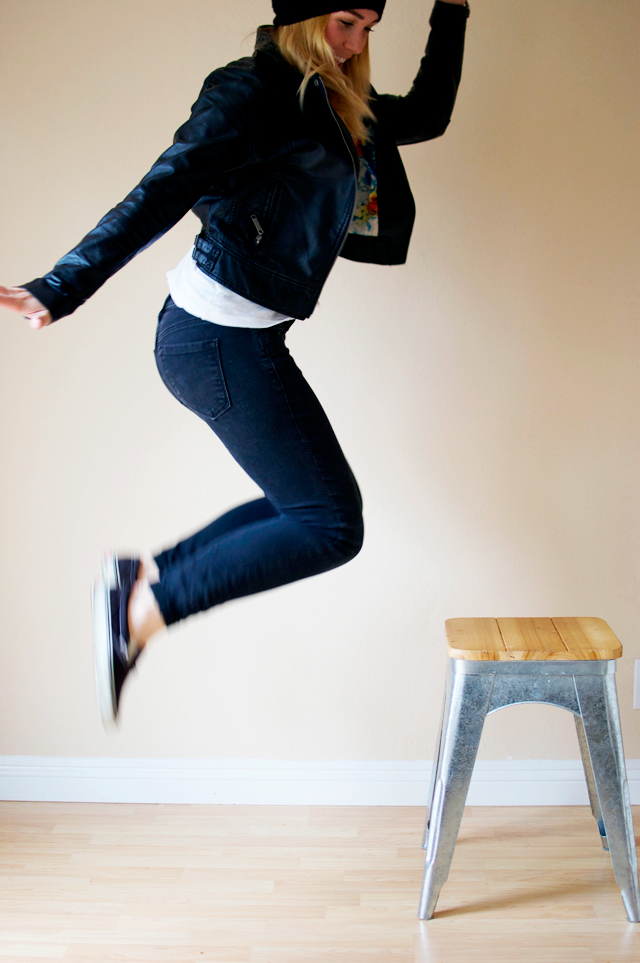 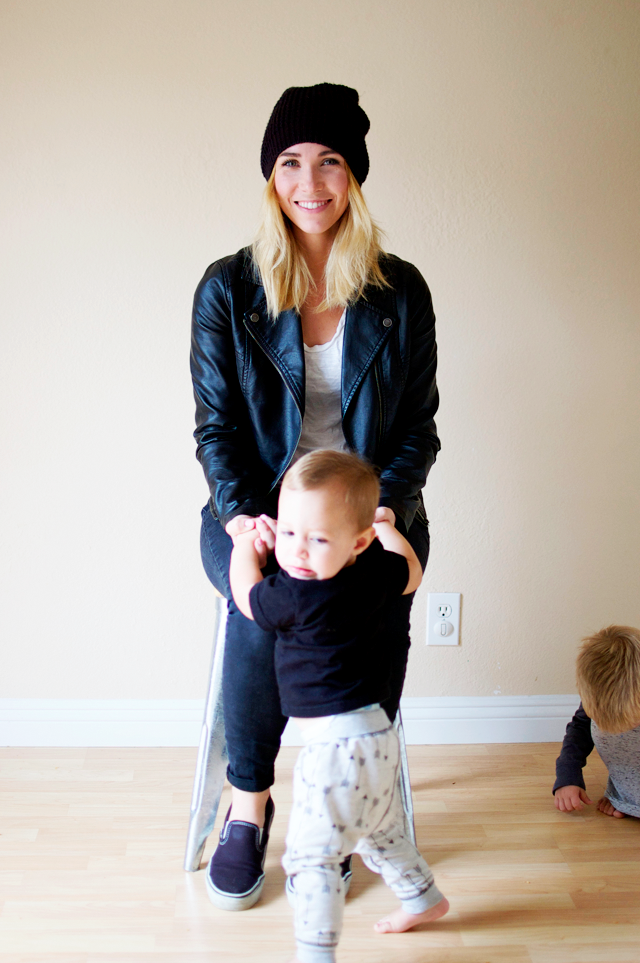 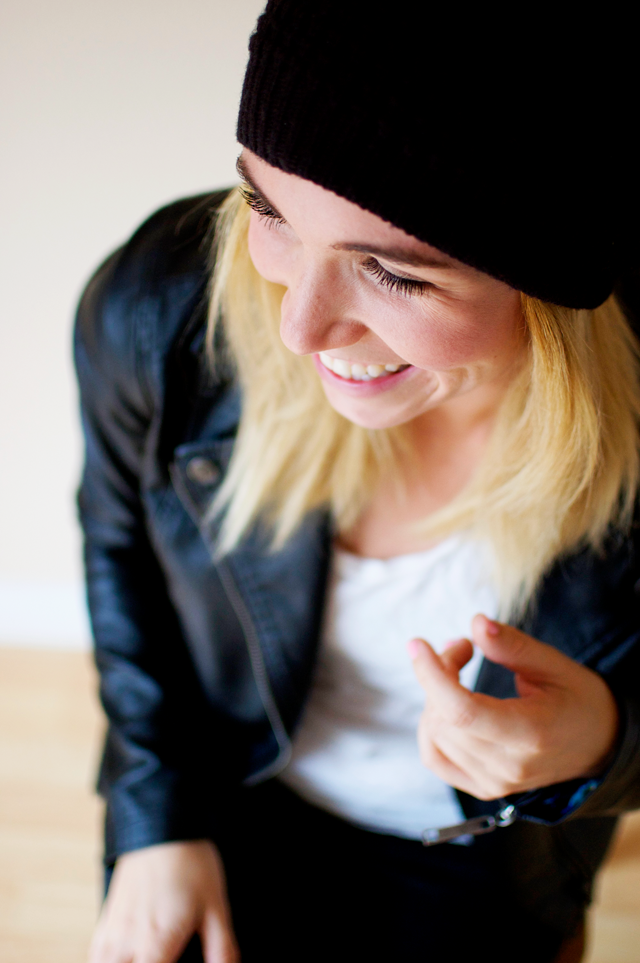 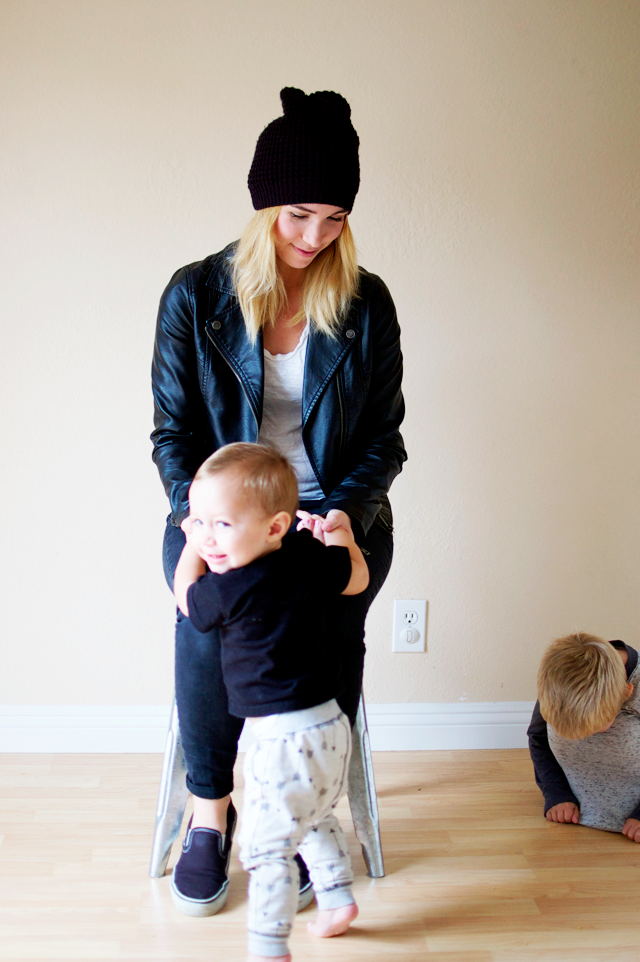 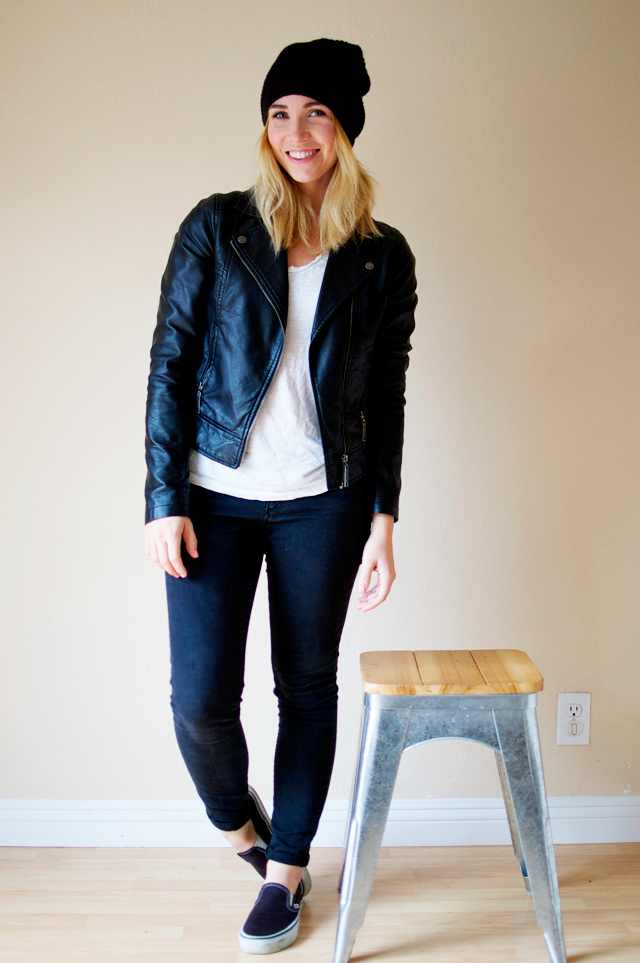 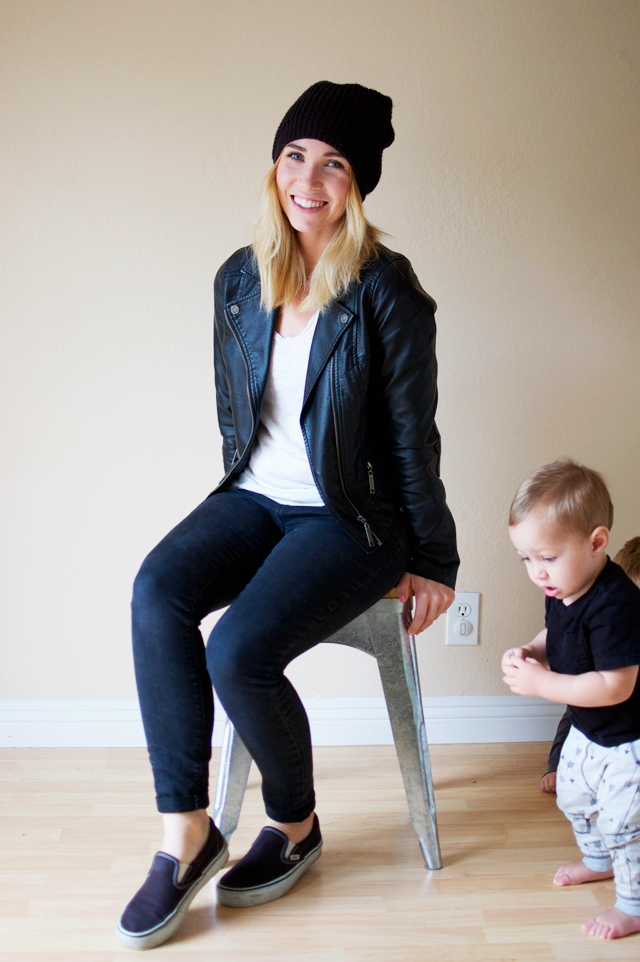 Vegan Leather Jacket (similar)
LOFT White Cotton Tee
LOFT Modern Skinny Jeans in Black
Vans 'Classic' Slip-On Sneaker
Target Knit Beanie
1. These photos are probably some of my favorite "style" photos I have taken. It is an honest portrayal of motherhood and what it looks like behind the scenes. Kids with no pants on crawling up your legs and a lot of goofiness. I like it. In other news, these slip ons have been in my closet since I was 16. Another way of putting that is they have been in my closet for over a decade. When did I get so OLD?! Either way, I am glad I held onto them, but still slightly weirded out that I officially have items in my closet which are old enough to have gone through the cycle of going out of fashion and then back in again.
2. Fact: A baby is born in the world every three seconds ( source).
3. I know I mostly talk about The Bachelor on my Facebook and Twitter, but I just have to spill it on here, too. This season is driving me bonkers. I had high hopes for Prince Farming, but the cheese factor on this season is through the roof. Like, someone set a rocket into space through the roof. Again, this can probably be attributed to the fact that I am getting older and am now older than half of the girls. But, still. It seems so staged! And I haven't watched last night's episode, so no spoilers!
4. As I was driving home today, I pulled up next to a guy at a red light. At first it looked like he was head banging and jamming out to some funky music all by his lonesome. I was thinking, Whoa this guy likes to party! It brought a huge smile to my face. But then I saw some tiny hands flailing in the back seat and rolled my car forward a couple inches to see the cutest little boy intently copying his dad's dance moves. Even though there were lots of people who could see them, it was just the two of them in their own father-son world, and it reminded how precious that bond with a dad is. I love witnessing small, yet powerful, human connections like that.
5. Would you rather age only from the neck up or age only from the neck down?