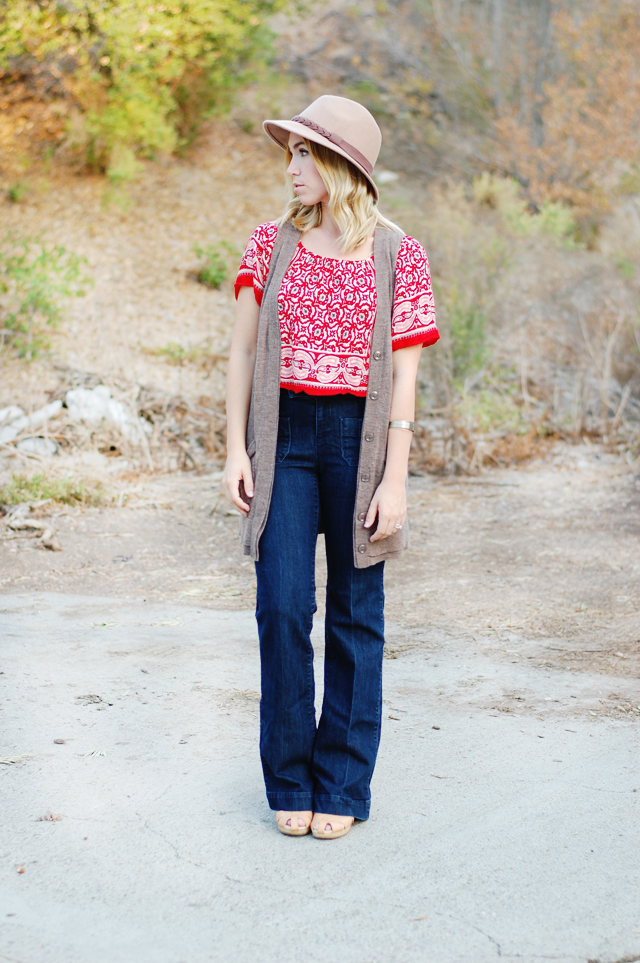 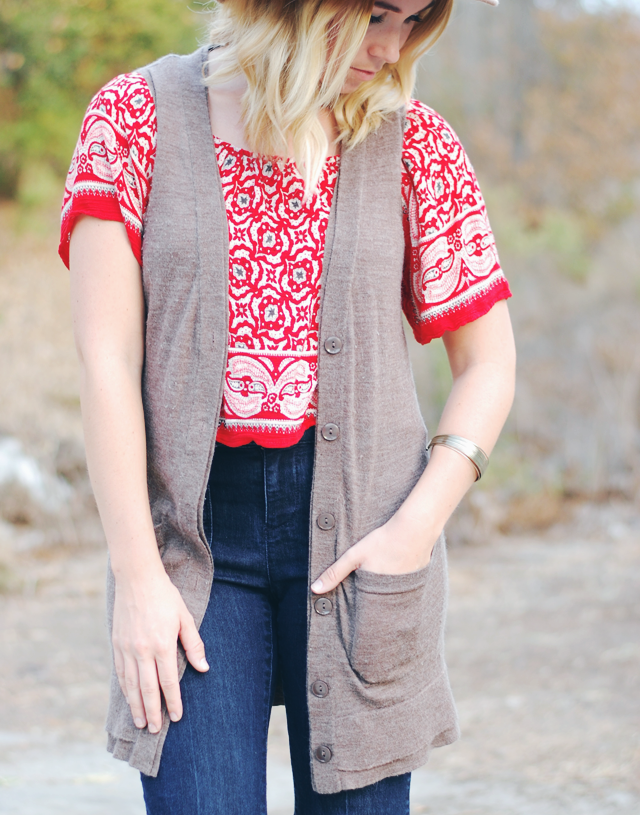 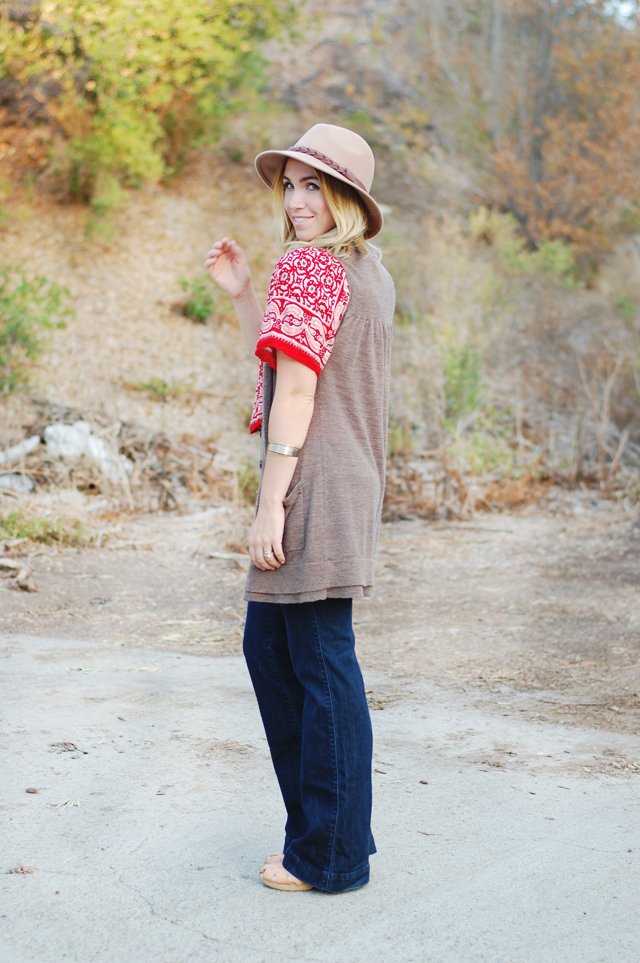 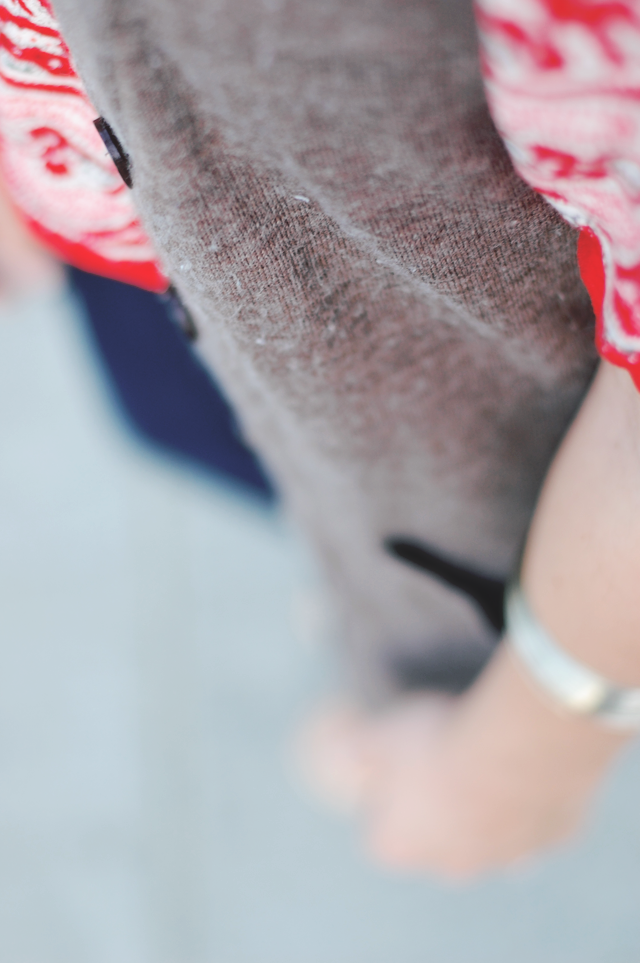 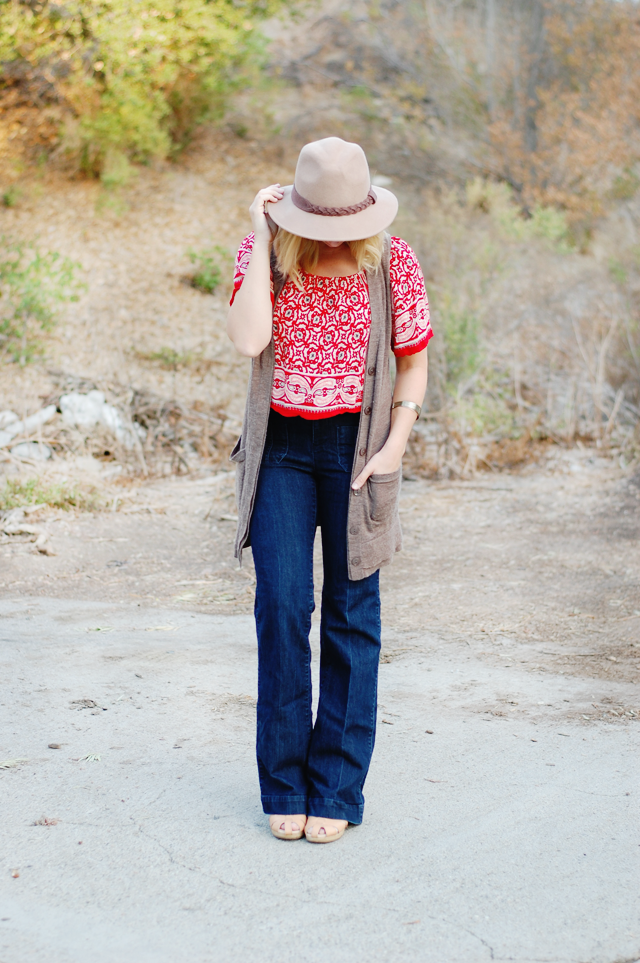 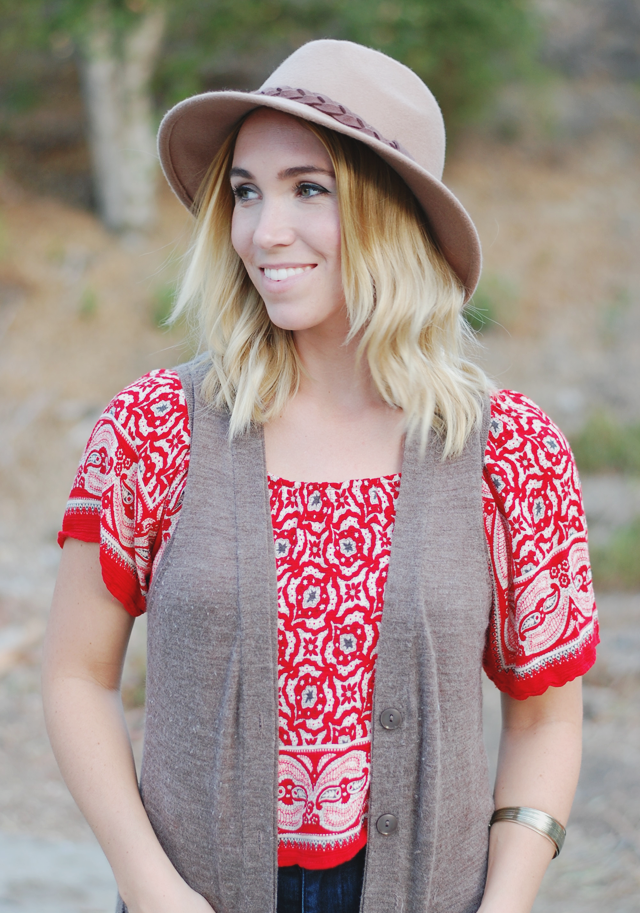 Forever 21 Printed Crop Top
LOFT Long Sweater Vest
LOFT High Waisted Wide Leg Denim
Old Navy Heeled Clog Shoes
Urban Outfitters Hat
1. I feel like last Tuesday was a decade ago. Which is actually a nice change of pace since life usually seems to fly by at a million miles an hour. Anyway, this week's look is clearly boho inspired. I pretty much pulled everything in my closet that was easily influenced by the 70's and slapped it all together. I quite like how it came together!
2. Fact: Ancient Egyptians often shaved off their eyebrows to mourn the deaths of their cats.
3. Do you believe couples are better together when their astrological signs are compatible? Or do you think that's a bunch of hogwash? I feel like there is some stock in it, but I am a hopeless romantic and believe in ridiculous things like horoscopes.
4. I showed Luke " Charlie Bit My Finger" and then realized he and Wes are about the same age as those boys when it was originally recorded! Wouldn't a spin-off version starring Luke and Wes be funny? Or is it still too early? I don't really know the rules of how long something has to be out until it can be redone as a cover. Am I making any sense?
5. Would you rather live in a world that is entirely animated except for the people, or live in a world that only consists of three colors?
Sponsored by Women Fashion Trend 2020