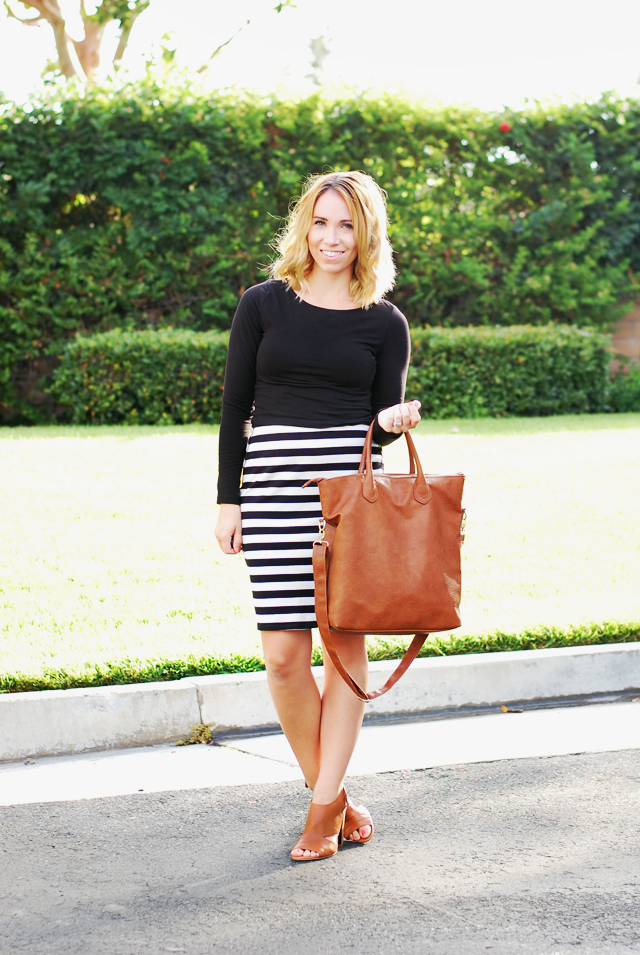 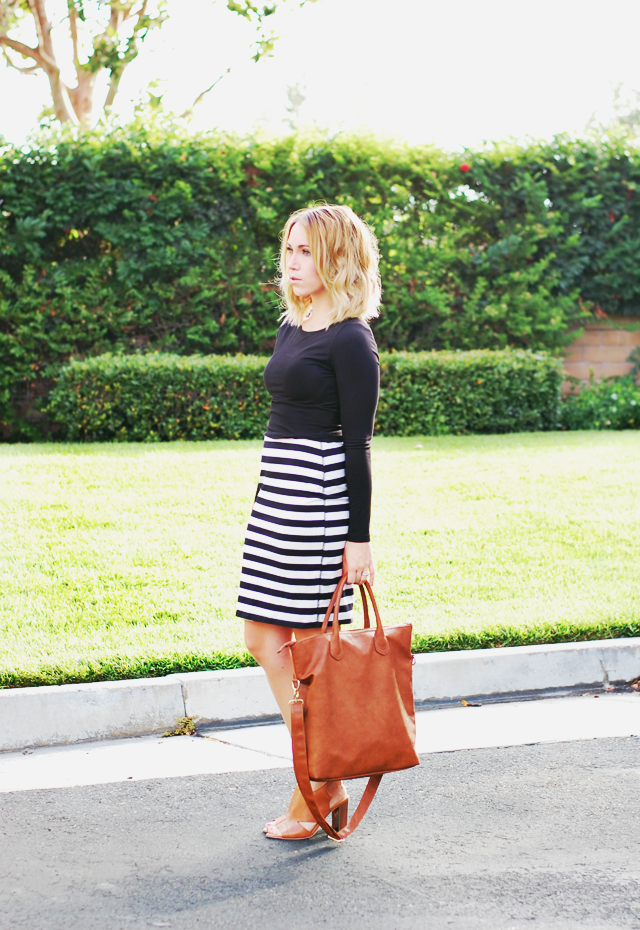 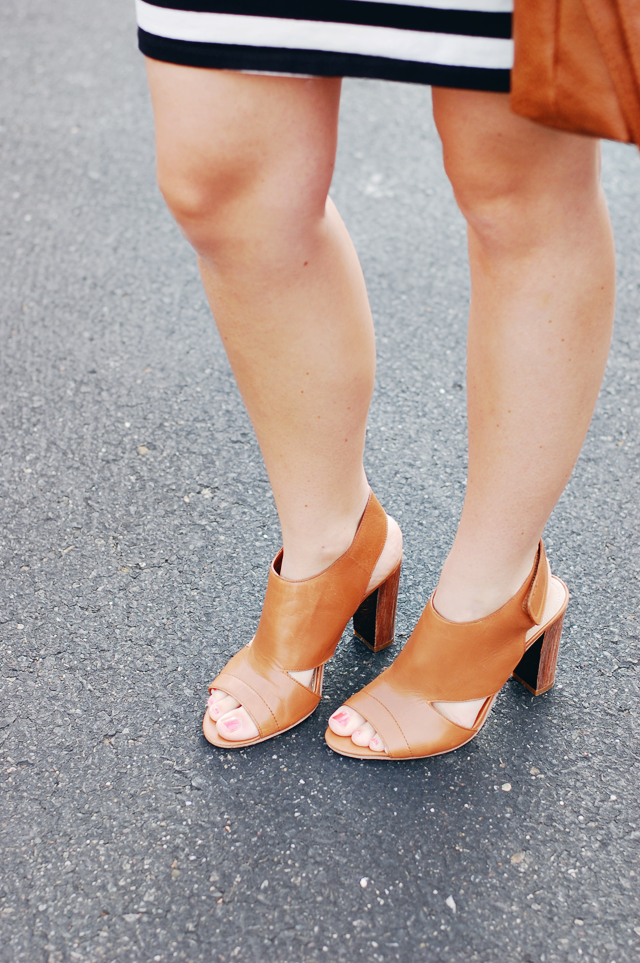 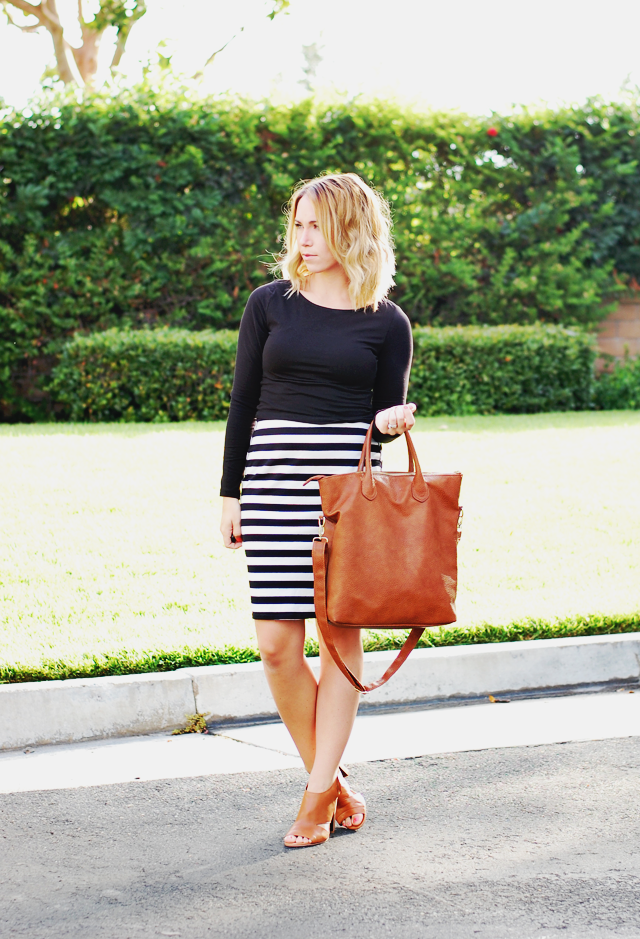 H&M Cotton Top
Old Navy Printed Jersey Pencil Skirt
H&M Handbag (similar)
Marc Fisher Leotie Sandals
1. I am really digging the mule/bootie trend thing for fall. Ahh, yes, yet another ugly shoe craze that has resurrected from the 90's. But an ugly trend I love! (See also: Birkenstocks.) Mules are probably the most comfortable type of heel. I scored these babies on clearance, and I figure since I live in year-round warm weather, this sandal pair are perfect. Although, my inner Rachel Green will probably lose all willpower and buckle under the pressure to buy this pair. And I will blame it all on Elaine Benes!
2. Fact: Because of noise laws and regulations, certain clubs in Europe have "silent discos" where everyone jams out to the music on their wireless headphones instead of collectively listening to it through loud speakers ( source). The visual I get from this is one of pure awkwardness, and zombies.
3. On Sunday night, Wes was just crying and crying, simply for the fact that nobody would pick him up and he had to play on his own for five minutes. (First world baby problems, I tell you.) Benny clearly understood his plight of being ignored and started howling along with Wesley's wails. Matt captured it only for a couple of seconds, since I ruined the AFV moment by running downstairs and distracting them from their howling/crying sesh in my own attempt to film it, but it is hilarious and you have to watch it.
4. I am still having Bachelorette withdrawals — heck, I am still having Gossip Girl withdrawals — and Monday nights are a melancholy time for me. Now I guess I know how Matt feels when it's not football season. Or any dude for that matter. Oh man, football season. This commercial is a very accurate representation of my general demeanor during the months of September through January in regard to the programs blaring from our television (sure, it may be sexist, but I think it is hilarious since it does apply to our household.) Maybe Benny will share my plight in that as well, and we can howl over his empty food dish together for the next four months.
5. Would you rather live in a world with no movies or television, or in a world with no iTunes or any type of professionally recorded music?
And today we have this handsome fellow filling in for Matt the Fashion Blogger! We call this pose "The Great Flight" because it's the position one assumes when about to take a leaping jump. Luke has it perfected. And thanks to Young & Rad for sending us this rad tank!
Sponsored by Women Fashion Trend 2020