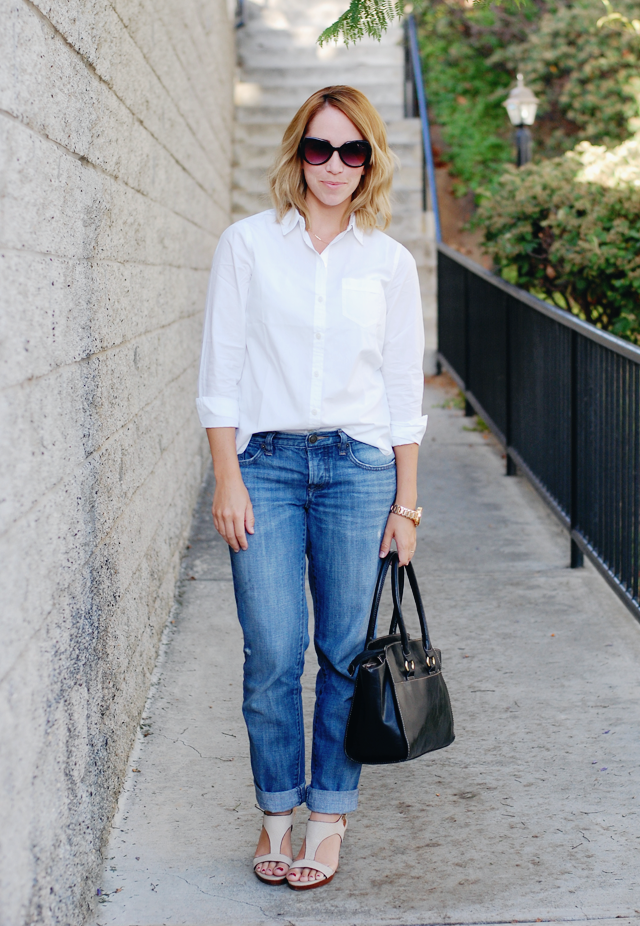 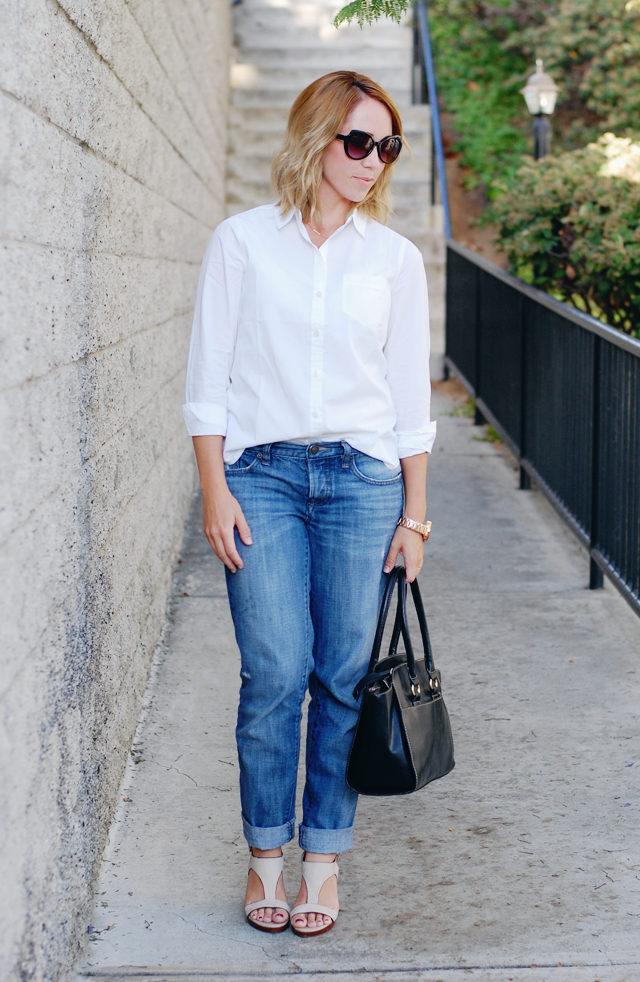 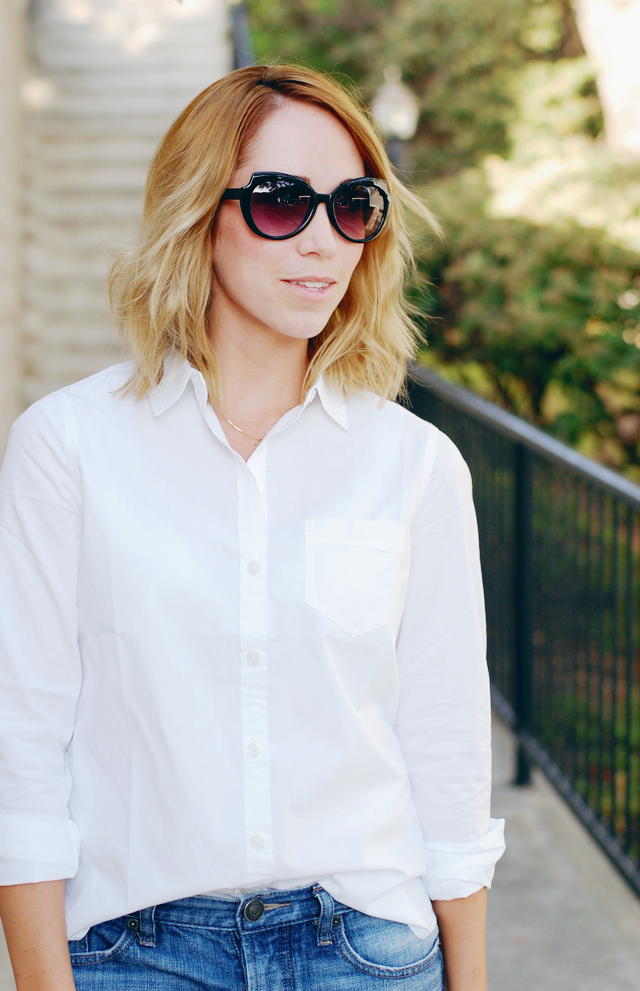 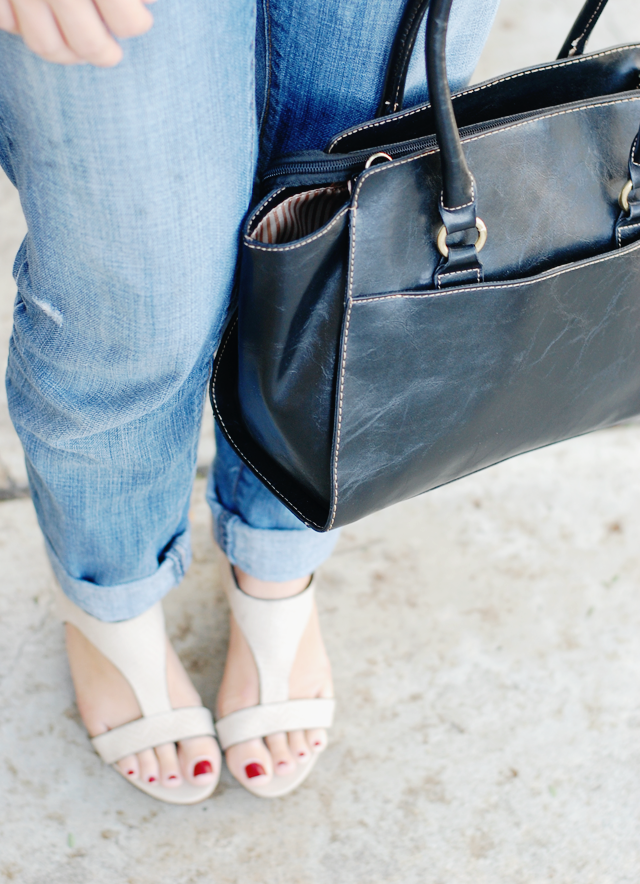 Blouse: LOFT
Boyfriend denim: LOFT
Handbag: c/o Emilie M.
Shoes: similar
Watch: ASOS
Necklace: similar
Sunglasses: similar
1. This outfit is proof that I am thinking about finally being a grownup woman. You know in Breakfast at Tiffany's where Audrey Hepburn is talking about how she finds diamonds on women younger than 40 tacky? Well, I think I've hit the milestone in my life of that reverse where it doesn't feel out of touch wearing more classic, womanly pieces. If I could afford it, a pair of Louboutin pumps would feel right. Don't get me wrong, I love a good Forever 21 run, but a part of me is wondering if I am hitting the age cap on shopping there. Which leads me to a very important question... at what age is it no longer acceptable to shop there? Thirty? Forty that looks like 30? Problem is I am pretty cheap when it comes to fast and trendy fashion, so maybe it's really a question of when does the need to be trendy stop? Does it ever? I haz so many questionz.
2. Fact: There are more than 50 species of kangaroos ( source).
3. Matt and I get in heated debates about The Bachelorette. It revolves around the issue of Josh. I just feel in my womanly heart that he isn't entirely trustworthy. He may want to settle down, but that still doesn't change the fact that he is a hot ex-baseball player who was probably also a lady player. I mean, why else would he be obsessed with the lie detector situation? He just couldn't leave it alone —red flag, my friends! Matt loves him. He has a bonafide man crush and defends him to the hills and back like they grew up together. And it drives me BONKERS. Don't hate me for saying this, but I really kinda like Nick. He may seem arrogant, but he has a boyish charm about him and I like that he seems a little sarcastic and goes for what he wants. I think Andi needs someone like that with her excessive commanding of "stahhhhhhppp" and her straightforward approach to things.
4. This video goes perfectly with the next question. I started laughing as I was watching it, so Luke walked over and pointed at the people and said, "thas ver-wey naughty." Now we just need to instill that mentality in him until he is at least 20.
5. Would you rather be able to reread your favorite book for the first time or relive your favorite first kiss?
Sponsored by Women Fashion Trend 2020