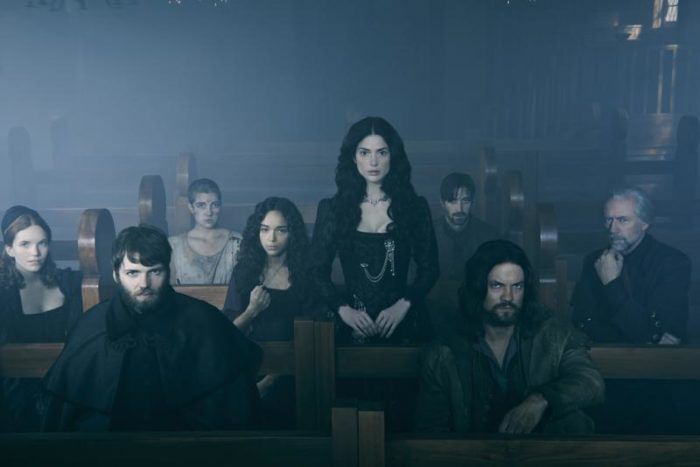 I realize Halloween is only a couple days away, but it’s never too late to recommend scary Halloween movies! (But I don’t like SUPER scary movies, so this list is for the semi-faint of heart, such as myself.)
Luckily for us, Netflix doesn’t skimp on the freaky movie and show selection. (Remember that one time they had The Exorcist available? I couldn’t even scroll past it without hyperventilating.) Here are my five favorites to watch this weekend:
1. Visions. This movie is a mix of psychological thriller and horror. Meaning, you can still sleep at night because there is a real world justification for what happens. Although, sometimes that is even scarier because the likelihood of it happening to you is slightly higher than that of a supernatural occurrence. I am of the irrational camp, though, who thinks being haunted by a demon child is going to happen before a psychotic killer tries to murder me.
2. Stonehearst Asylum. Haven’t watched this one yet, but the cast is excellent and it has a decent rating. Plus, I’ve noticed that anything with the word "asylum" in the title is moderately to excessively spooky. This one looks tolerable.
3. The Curse of Sleeping Beauty. Okay, I know the ratings on this one are horrible and it looks weird. It’s because it is. Like, on a scale of 1-10, it’s about an 8.5 in the weirdo department. However, it’s chilling enough that if you watch it alone at night you’ll be creeped out. Until it ends and you’re like, "WTF just happened?" But, I am including it here so you can watch it and tell me what you think.
4. Salem. So, this isn’t a movie, but it this show is incredible! I binge watched it like a fat kid the day after Lent ends, and I am counting down the premiere of Season 3, which is on November 2nd. It’s obviously not excessively scary, but it’s disturbing enough in some instances that you crouch in fear. More importantly, the love story is engrossing, and Shane West has never looked as good.
5. Sweeney Todd. Have you seen this flick? Tim Burton is back at it with his power duo, Johnny Depp and Helena Bonham Carter, and it doesn’t disappoint. It’s full of blood and gore and awesome costumes. Also, the score for this is wonderful and I cannot wait to see it on stage someday.
Have a Happy Halloween!
Sponsored by Women Fashion Trend 2020