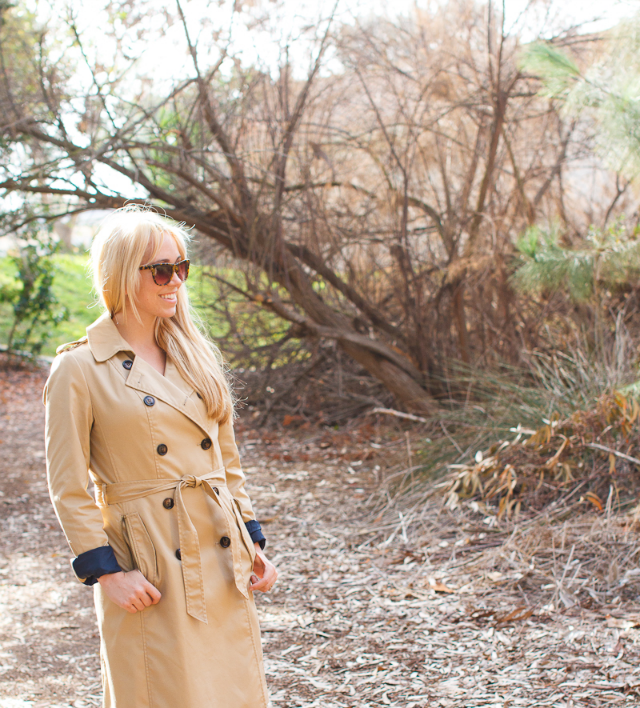 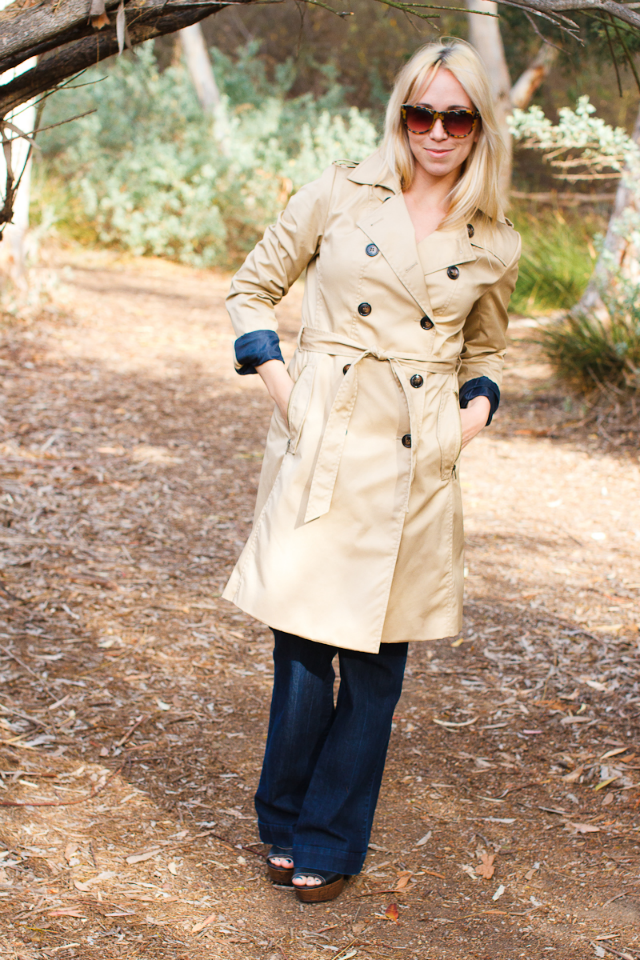 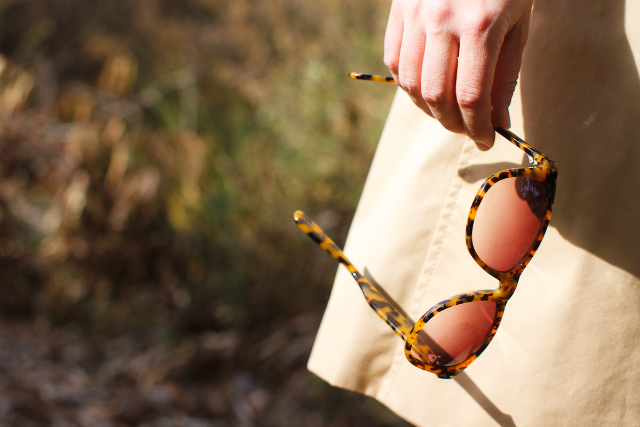 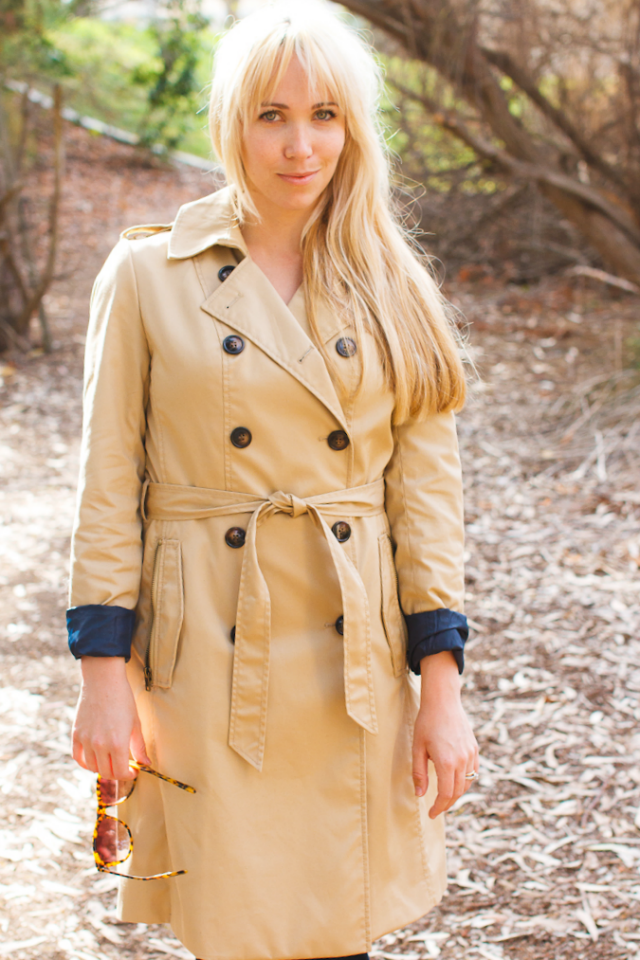 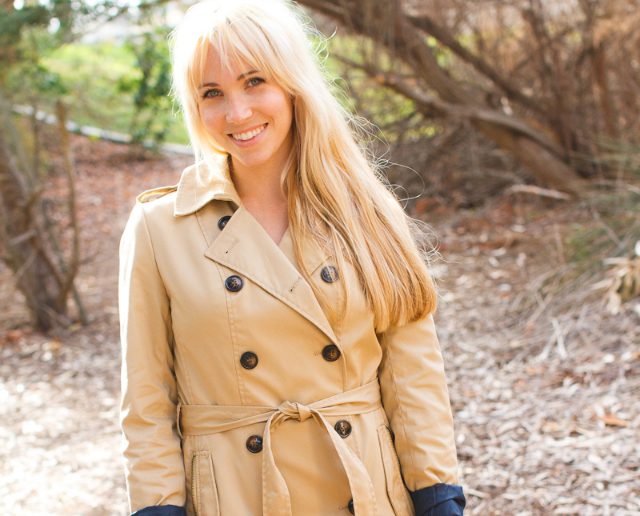 Coat: H&M
Trousers: LOFT
Sunglasses: Anthropologie
Photos by Nathan Petty
If you are a fellow Bachelor watcher, you absolutely have to agree that Juan Pablo is the worst bachelor in its history. I didn't watch the first few seasons, so there may be worse contenders. However, for the sake of recent people to spotlight, JP is downright terrible, especially after following a class act like my boy, Sean. Here are the reasons I want to die ( just like Andi does) every time I watch Juan Pablo:
1) He refers to people in the third person when talking directly to them. There's a good chance he may well turn into Jimmy from Seinfeld.
2) The used and abused line of "I dohn't want to dee-sapoint my daughter" as a lame excuse to not kiss somebody he just straight up didn't want to kiss. You weren't fooling anyone with that one, buddy.
3) I understand the whole ESL thing, but I just don't feel that JP is the brightest bulb in the box. His vocabulary consists of maybe 40 words, and I am tired of hearing how "sex-eee" everyone is.
4) Speaking of language barriers, shoving your tongue down somebody's throat is not always the answer for filling awkward silence, Jaunito Pablito. (I'm mostly directing this to you, Sharleen. No wonder you voluntarily elected to go home!)
5) Speaking of kissing and considering three-quarters of this season's airtime is filled with it, JP doesn't seem like a very good kisser, IMO. Too much weird tongue action going on, as previously mentioned.
6) This face.
7) When Juan Pablo is asked what he likes about someone, his first three responses are always something to do with physical appearance, and then maybe he will end the list with something like, "Oh, she's fun." Translation: Juan Pablo is shallow. Andi further validated these findings when she called him out this last Monday on how he never asked what her religious, political, and philosophical views were. This could also be attributed to reason #3 listed above.
8) Juan Pablo is king of all womanizers, possibly even trumping the likes of Casanova, Lothario and Rico Suave. Perhaps it would be more suiting if we refer to him as Don Juan Pablo from here on out. He knows all the tricks in the book. All those tears he sheds? Ultimate womanizing powers of manipulation, right there. The man has it down to a science. There is even a special Spanish word to describe all of his skirt-chasing antics: machismo.
9) I genuinely believe the only reason he agreed to be The Bachelor was to stroke his ego, make money, and gain publicity for his consulting business (kind of how Jef Holm went on solely to promote his trendy water company, because I still maintain he likes boys). As if Don Juan Pablo needs help "finding love." Ha! Dude's a hot, ex-pro soccer player! Preeeettty sure he has no issues nailing down dates with supermodels.
10) He likes Nikki, and Nikki sucks. I'm putting all my chips in that he picks her, even though I think Clare's calculating ways are more up his alley.
Disclaimer: The Bachelor for me is like watching a train wreck; no matter how horrifying it becomes, I just can't look away. This list may seem like I hate Don Juan Pablo, but I don't hate him. I just find his behavior repulsive. But who am I kidding? The whole concept of this show is revolting when you cut down to the bones of it. This article pinpoints all my angsty, feminist feelings perfectly.
So, what say you? Is Don Juan Pablo the worst, or is he the worst?